The Asian American Dilemma: Life in a Vacuum 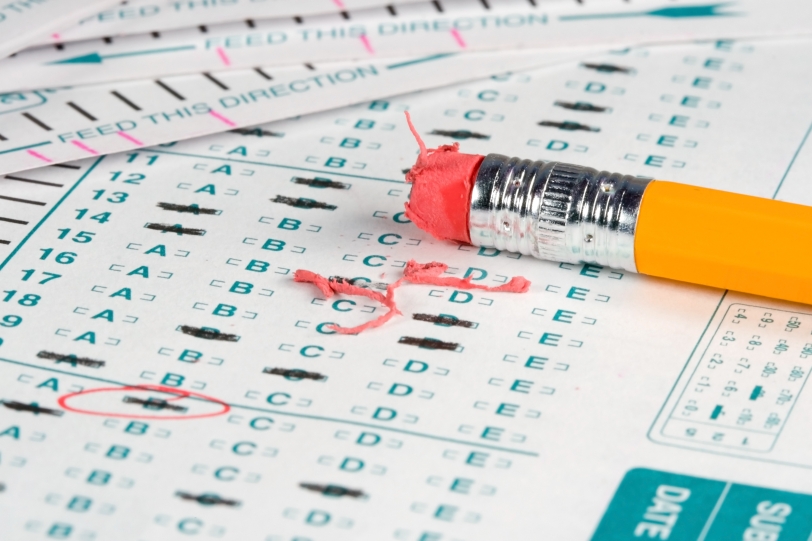 The New York Times ran an article in their Education section this week, titled “For Asians, School Tests Are Vital Steppingstones.” The piece lauded the Asian American work ethic, and called attention to controversy surrounding prevalence of Asian American students in elite New York public schools. This past September, civil rights groups filed a complaint with the federal government over its policy of using test scores to determine elite school admissions. Testing thresholds, they argued, unfairly favor those who can afford test prep courses.

The article takes an explicit position: Many Asian American students who test well come from poor families. It is their hard work, and not their ability to afford test prep, that makes them so successful. Mayor Bloomberg agrees:

Many of my high school friends (we grew up together in the heart of Bay Area’s Silicon Valley) took to the soapbox. Why, came their collective response, why are Asians being punished for working hard?

Some years ago, I would have asked the same question, framed with that exact degree of anger and incredulity. I come from a middle class Taiwanese American family. While we were not obscenely well-to-do, and while I received no tutoring, I nonetheless grew up expecting to overachieve. I am not a terribly disciplined pupil, but I don’t think failure was ever an option. My teens were spent between tissue-thin pages of The Princeton Review’s Something or Other. Probably, my first kiss happened when a boy flashed me…his SAT vocabulary cards.

But I’ve since evolved in my understanding of hard work. The New York Times article does us a disservice by looking at one instance of racial marginalization outside the context of institutional oppression. Yes, to the family who clipped coupons till their fingers bled, to the kid who spent her winter breaks nose deep in test prep, this blows. It doesn’t feel fair to work so hard and still not get into the very best public school. How dare these civil rights groups stand in the way of a Horatio Alger fairytale?

But there’s a hidden punch-line to every success story. While the buzz words are ‘hard work’, ‘optimism’ and ‘intelligence’, the silent password is Luck. Because these Asian immigrants are also poor, we assume that we’ve controlled for poverty and can accurately isolate the impact of diligence on the social narrative of racial minorities. Except that success in our country is as much a lottery of values as it is of goods.

In the last 40 years, research and practice around dismantling institutional poverty (and its clutches on Black, Latino and Native American populations) has centered on parenthood and early childhood education. Exposure to good parenting in a child’s early years can radically alter his narrative. Several prominent nonprofit and advocacy organizations support single, young, poor mothers to become proficient parents. These groups form a network for mothers – helping them apply for better health care, coaching them on child development and nutrition, plugging them in to local social services. Elevating their capacity to support their children through various stages of learning and development.

Why do these programs exist, and why are they so essential to these communities? Because that kind of efficacy and know-how doesn’t exist for most victims of institutional poverty. Because institutional poverty isn’t just about being poor. It’s about incarcerated and absentee fathers, teen mothers, mentally ill family members. Histories of drugs and violence. It’s about parents who are not equipped to BE parents, who don’t have the efficacy or know-how or cultural mandate to clip coupons such that their kids can afford tutors. Being poor is just one symptom of their social entrenchment. The true hallmark of poverty is its perpetual cycle. Cultural disempowerment, rinsed and repeated ad nauseam.

The article above is talking about a very different class of poor people. They are poor, but not institutionally impoverished. They are not victims of social entrenchment comparable to that which plagues impoverished Black, Latino and Native American communities. Theirs is a much more open narrative, where the insertion of hard work and optimism and intelligence may expectedly be met with moderate if not impressive success. Better yet, I should say that children growing up in these poor families that culturally value education, that fight tooth and nail to secure every academic opportunity – children in these families have the upper hand of efficacy and know-how. They have the upper hand of good parenting.

So I can’t engage with the premise of this article. Don’t get me wrong: It is factually a bummer to work hard and be precluded on the basis of one’s hard work. But I can’t take this article seriously because it lives in a vacuum blind to social context. It begins with the assumption that poor Asians play on a level field with poor Latinos, that diligence is some magical ingredient that earns everyone social elevation. I’m not saying they do or don’t deserve to get into the best schools. I refuse to have that discussion, because it’s a discussion happening in a vacuum where all poor people are held equal. How could I possibly decide someone’s desert, someone’s DUE to get into the best school when 1 in 5 children don’t even have access to health care? When 1 in 3 Black men born in 2012 can expect to be incarcerated at some point in their lives? If not getting into Stuyvesant is the grandest imaginable injustice done to Asian Americans, then we need to get out of the house more.

Please don’t take this as my suggesting that Asian Americans don’t face daunting challenges. I believe we do, and I believe these challenges are worth discussing. In fact, I’ve commented extensively on them in the past. Issues of representation, emasculation, narrow career options, glass ceilings. Of being targets of violence. These are real, and they deserve attention. But I won’t discuss them in a vacuum. I won’t talk about them in the absence of context, in the absence of awareness.

As such, I think Asian Americans (as a social collective) need to operate with greater subtlety in our understanding of social mobility. It isn’t enough to move up, it’s time we moved sideways – into all manners of careers, into more nuanced interaction with other minorities and classes. Into a more balanced perspective on education, which is so much more and so many lessons beyond what we find in a book or on our paycheck.

I waited until this last paragraph to mention my rural teaching experience and policy lens. While these are important parts to who I am, I refuse to wear them as a badge of legitimacy. They represent one perspective, and that perspective does not buy me a taller soapbox. All perspectives – even the most relevant ones – are but one part of a (merging, diverging, and often mutually unaware) collective.

I hope we push at this and open up the real discussion percolating beneath and beyond the vacuum of Asian American experience. There’s just so much more to it than that.

10 thoughts on “The Asian American Dilemma: Life in a Vacuum”